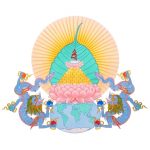 The interest of doing a “solitary retreat”

Michelle Ledimna made a personal retreat of 3 weeks at the Institute, she shares her experience with us. 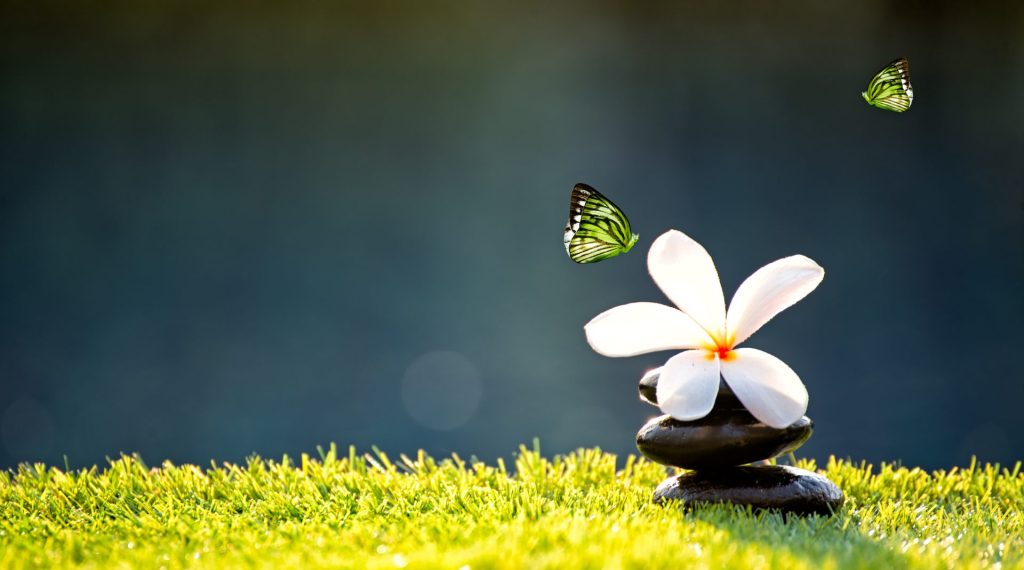 My life in a castle

The idea of doing a solitary retreat at Vajra Yogini Institute sprouted in my mind in 2018 after Rinpoche’s teachings and the suggestion of a friend who told me that he had done a 3-month retreat by himself at the Institute in perfect conditions.

Strangely enough, it was in Osel Ling, where I was doing a retreat at the end of last year, that the idea of coming to Vajra Yogini came up, motivated first by the presence of Geshe Loden. And since I was assigned the room on the third floor of the east wing above his apartments, I enjoyed his presence and support immensely, as if carried by his broad shoulders! I was also connected to all the lamas, including Lama Zopa Rinpoche of course, who had stayed there A nice room with a fantastic view of the sunrises and early morning skies to the east and the stupa to the north. A place that is both safe, blessed and open.

The contaminations had put pressure on everyone when I arrived and confinement was “de rigueur”. The atmosphere of the volunteers was both calm and hard-working, all were charming – Nicolas of course, Mister Director ; Nadine my incredibly efficient “referent” (and expert in swabs since the covid caught me but not enough to make me positive!), Maude who carried me the trays to the 3rd floor, etc. The fire pujas, officiated by Guéshéla, magically cleaned everything. Beautiful energy, beautiful light ! These were three beautiful weeks that I cherish and that will nourish me for a long time I think.

The interest of doing a “solitary retreat”

I have been on many solitary retreats over the past few years, strangely motivated by the following reasoning: since isolation is imposed on us, we might as well choose a complete isolation and make the most of it.

When I arrived at Osel Ling last fall, I found in my “casita”, a text by Lama Yeshe on retreats that summarized everything there is to say on the subject, and I immediately felt like translating it to share it.

I remember very clearly Lama’s insistent recommendations to do the three months group retreat of Dorje Sempa, because it is a demanding purification practice and because one can profit from the group. When one is not doing well, another participant is doing better, and so we can support each other to reach the end. Lama considered that we had then eliminated the most obvious obstacles to the practice of the Dharma, the most disabling emotions and traumas, and probably also acquired confidence and a certain know-how… This is the purpose of the preliminary practices.

In any case, it is after several group retreats that Lama Zopa Rinpoche sent me on my own to the Himalayas, first to Namo Buddha for one month, then to Lawudo for three months. At that time, I had no means of communication of any kind, I knew nothing of what was in store for me and nobody was informed of my arrival. Reaching Lawudo was not going to be easy with post-monsoon landslides, coolies attracted by the pay but not by the task, amoebic dysentery, etc. Of course, there was no lama around to ask for advice… It was a bit of a leap in the dark but I don’t remember suffering from it. Of course, the quality of my meditation was poor, I had tons of questions and no answers, but I never, ever doubted the validity of the thing. It was the end of 1984, Lama had died and I was about to go back to France, the Dharma had taken root in me permanently and I held on, although still out of context.

The big gatherings around His Holiness the Dalai Lama, Lama Zopa Rinpoche and other great lamas, are great moments of communion, support, encounters. We feel part of a family, we are nourished by an energy, a determination, etc., we receive so much, we are touched in the heart.

But the deep work, the real work on oneself, “organic” as Lama would say, takes place in silence and solitude, when there is no more escape, no more distractions, when you are face to face with your self, naked… You have no other choice than to look for your own resources inside, to observe your states of mind in order to learn how to manage them, to learn from your mistakes and to readjust yourself constantly… It is a delicate and exciting work. The discipline that you imposes on yourself then enables the emergence of a mental peace and joy, even if of course, there are storms, chaos, but you learn to go through them with more and more confidence. And then, in the heart of solitude, the buddhas, bodhisattvas, gurus are here, very much here !

Frankly, in our time, when we are so off-centered, always looking elsewhere, outside, it is an essential experience, the greatest gift we can offer to ourselves. It is the greatest adventure, nothing more exciting than to discover yourself. So I wish you would create these spaces, these deep breaths in a place that is already blessed by the presence of realized beings and meditators. Do not be afraid, just be reasonable, go slowly and gradually. Long live Dharma retreats.

Michelle Ledimna, may 2022.
Back to top
PrevPreviousÉléa has left us
PrevPrev.
See all articles
Menu
Menu
Menu

Affiliated with the FPMT

Affiliated with the UBF